Before the Steenrock Festival on 5 May : Repression and Resistance at the Caricole and at the 127 bis closed centres!

29/04 :
An Iraqi-Kurdish man retained in the 127 bis closed centre started a hunger strike on 29 April 2018. He wrapped himself in white sheets, taped his mouth and is holding a a sign ‘FREEDOM’.

29/04 : ‘They isolated him and check him, we can see him through the windows, sometimes they close the door, so that we may not notice. Since yesterday he is being watched by a policeman.’

Another man is very sick: his basin hurts a lot and he can hardly move. His co-retainees must help him move. He was brought to the hostpial where he went through scanners last week, but he didn’t get the results and he didn’t see a doctor, neither at the hospital nor in the centre.

15 hunger strikes in wing 1. They all taped their mouths. The federal and criminal police are in the centre.

The Iraqi could leave confinement cell thanks to the pressure by 15 comrades who refused to feed themselves. Since then they have all been told that it is forbidden to go on hunger strike and that if they do they’ll immediately go to confinement cells.

04/05
« Someone just called me from the 127 bis. The director just warned all the retainees that they will have to stay in their room tomorrow until the end of Steenrock Festival. Someone asked why but she answered :’end of the discussion’ while threatening those who would complain with confinement cell.’

« I went to visit Jiyed and I saw Mounir at the 127bis today.
They plan to go on hunger strike tomorrow in the two wings of the centre to support the manifestation. They are aware that they risk confinement cell, but they can’t stand it anymore…’

« We were told that we would be allowed to go out in the yard etween 9.30 and 11 a.m instead of the afternoon during your manifesttion »

Another man got his ticket for the 4th deportation attempt to the DRC on 5 May 2018, the social assistant asked him to sign a paper in Dutch. He refused…

We remind you that if we are able to spread these news it is only thanks to the telephone system that we have set up and that enables retainees to warn us. Whitout this channel, which is already very complicated because the staff of the centre who put the retainees in confinement cells take their phones; which prevents them to communicate with the outside. For what reason police forces are entering the centre and checking a women on hunger strike? What is the threatening message sent to the other retainees?’Shut up, do what you are asked to, if not things will go bad!’

It is clear that very few or no parliamentarians at all go there to see what is going on (apart from the Steenrock in front of the crowd). Don’t they want to devote some time to it, don’t they want to see?

And what to say about the journalists who too rarely take up the issue? However the facts we are spreading are serious violations of fundamental human rights! 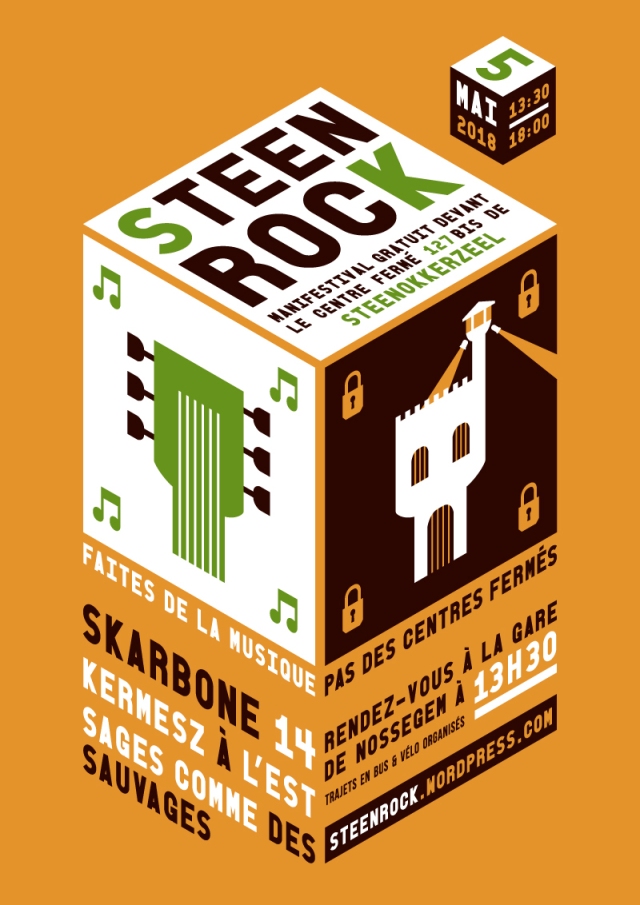